Multi award-winning Welsh singer songwriter, J Edna Mae, is a classically trained musician, producer, performer & composer. She lived & taught in Asia for many years, where she did all sorts of marvellous things like dive with huge pelagic sharks, trek in the mountainous Golden Triangle & experience the sun rise over Cambodia’s wondrous Angkor Wat.

She has written, arranged & performed music her whole life, both for herself as an artist & for the many beautiful children she has taught. To date she has released two acclaimed artist EP's 'Luminous' (2017), 'White Noise' (2018) and family friendly album 'Bounce!' (2019) which promotes well-being in children & family friendly EP 'Glitter is Litter!' (2020) which encourages us all to love and nurture our world.

J Edna Mae released her debut album 'Pause' in March 2021.  Written with lyricist Mick Evans, this album is a departure in many ways from the beautiful, gentle, piano led acoustics we enjoyed in J Edna Mae’s first two EP’s but very much retaining the ethereal sound she has become known for.  Indeed, the duo offer a description of their sound as a bit like Camila Cabello’s sister, wearing Kate Bush hair & cloaked in Enya’s emotions making the occasional fresh coffee for Billy Eilish.  Or as hit songwriter Mark Cawley has described the sound, ‘a piece of sonic art’.

After achieving her honours degree in music, winning the University Award for her symphonic movement and piano quartet, she returned to her first love as a singer songwriter alongside her career as an educator. She was fortunate enough to appear on TV shows alongside the likes of David Gray and Bonnie Tyler and starred as Beth in 'War of the Worlds' in St. David's Centre Cardiff, narrated by The Right Hon. the Lord Neil Kinnock.  But in her early 20’s, she felt that her inspiration had vanished.

So she decided to go out into the world, travel, and live in different cultures and experience a broader spectrum of life.  A qualified teacher, she lived in Asia for several years, where she became Head of a prestigious international school which had over 50 different nationalities among the student body.  She also pushed herself out of her comfort zone, by learning to dive, trekking in the mountainous region of Thailand’s golden triangle and travelling to incredible historical sites such as China’s Great Wall and terracotta army, Cambodia’s Angkor temple complex.  There is no doubt that travel has greatly influenced J Edna Mae's music, which can be heard in both the lyrics and the instrumentation choices of songs on her latest EP 'White Noise', with use of instruments such as the Thai Khim and Balinese Gamelan.

J Edna Mae has been fortunate to win several prestigious awards to date.  She is a three time nominee and BEST SINGER SONGWRITER in the Hollywood Music in Media Awards.  She has also been a winner in the Indie International Song Contest, Great American Songwriting Contest, five time winner in the esteemed Global Music Awards.  More recently, she has gained a nomination in the Independent Music Awards for BEST CHILDREN'S SONG, alongside Grammy winner Lucy Kalantari.

J Edna Mae married her childhood sweetheart, and their two young sons were actually born in Thailand, where they ran free and wild on the beaches of southern Thailand in their formative years.  Now based in a quaint welsh fishing village where she is living her dream to be close to the beach, with her fantastic husband, two beautiful boys, a cat and a dog, and a piano, she draws on her life experiences and the wonderful people and adventures she has had in her life journey so far in her writing.  She continues to perform as a singer songwriter and go in to the local schools and libraries with her magic musical box of instruments, puppets and parachutes to educate and inspire beautiful children. 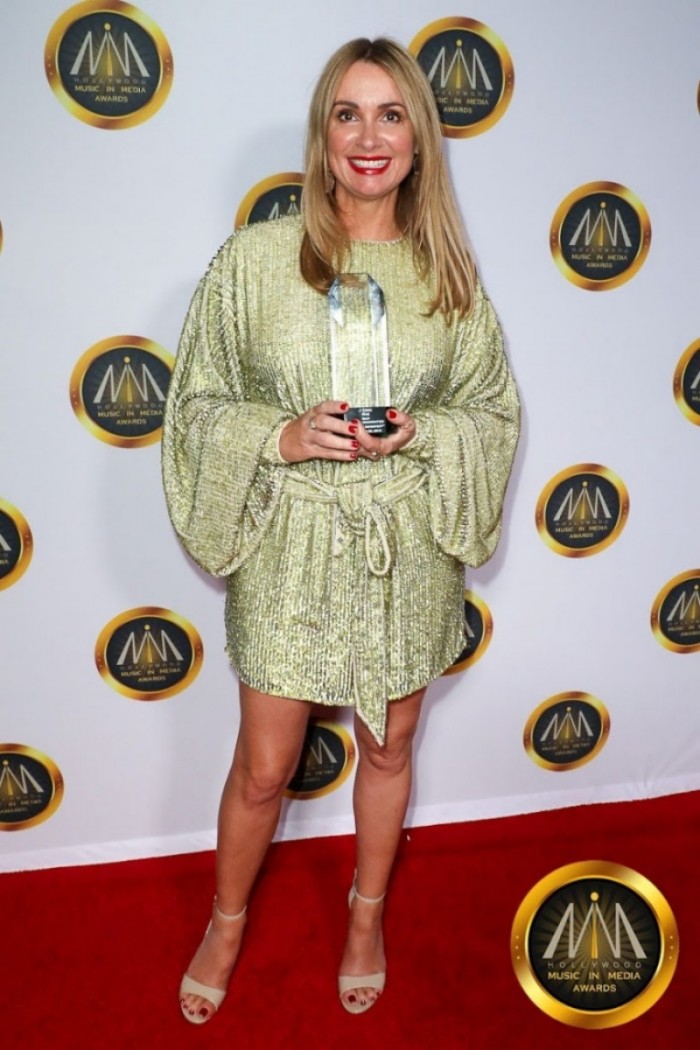